There’s been some land activity on and around Esro Road. Some of this is expedited as the FNSB Assembly changed some of the terms of Title 17 FNSB Code of Ordinances to be more restrictive on development. Personally, I think it was a mistake to throw the baby out with the bath water. 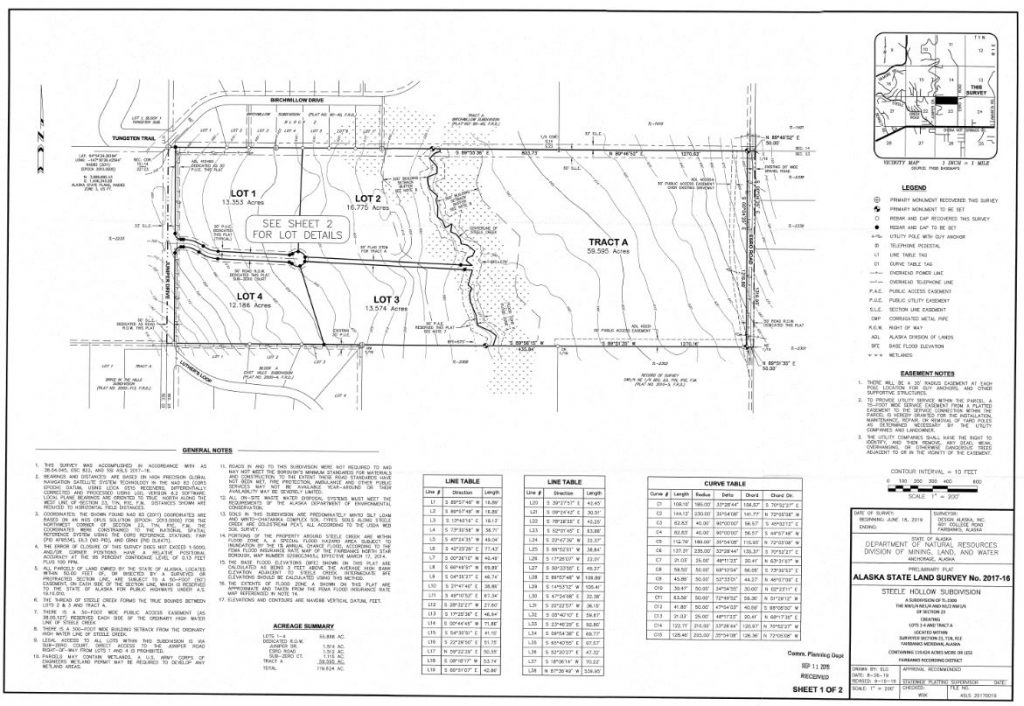 First up is Steele Hollow subdivision, State of Alaska land that DNR is working to sell. This is a 120 acre lot that spans Steele Creek. Originally UA land that the state mismanaged, UA traded this land in a trade with the north part of Tungsten Subdivision that was unsold. On the Esro side, it’s a single 60 acre tract, probably up for sealed bid next year. The preliminary plat will be heard by the Platting Board Dec. 18, 2019.

The full packet is here.
As proposed, it includes a dedication of the 1320′ frontage on Esro Road. The Esro Road Association asked DNR to drop this, as legal (as they define it) is accessible from several spots on the west side of the property). This was reinforced in written testimony. This is a decision for the Platting Board.

As mentioned above, the north portion of Tungsten Subdivision was a State of Alaska subdivision that was platted but not sold. The University of Alaska accepted it in trade, thinking (probably correctly) that where there is tungsten, there’s gold (also arsenic). Apparently the mining idea dropped out in favor of selling the land as we know the UA is hurting for funds, thanks to the Dunleavy Administration.

Anyway, UA was doing sealed bids for the 42 lots, ending Nov. 18. I can’t imagine all the lots would have sold, so if interested, you might contact them. Lot prices were quite reasonable, but consider there are no functional roads or utilities, only an abandoned overgrown cat trail put in by Pat Kalen when he developed the subdivision. Roads are not necessarily in the exact alignment with the plat, so added surveying would be required. Typical state subdivision, total caveat emptor. 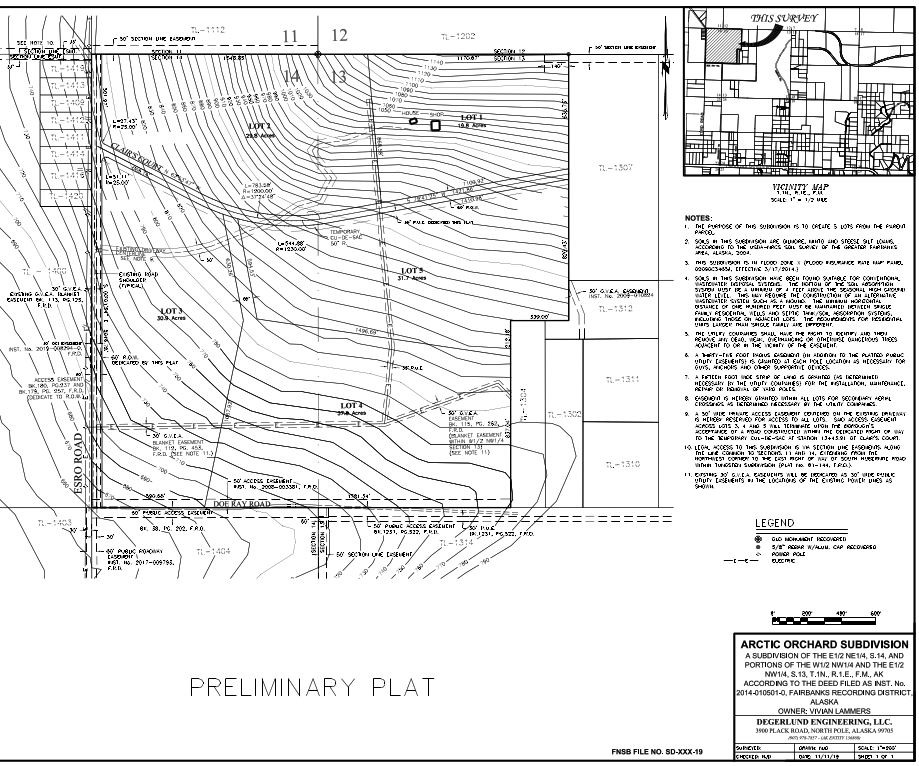 This is the Clair and Vivian Lammers property. They bought it from the original homesteader Knudsen’s estate and had different ideas back then. Creatively, it was turned into a tree nursery and bow-arrow range. Thinking ahead for inheritance, the current proposal is to divide it into a handful of large parcels. Because of the legal access rules that are changing, this is on a fast track to be approved by the Platting Board Dec. 18, 2019.